Moving To The Top End?…. Reasons Why You Should Move To Darwin NOW!

Considering moving to the Top End of Australia?

SEEN across the nation as the country’s last wild frontier, the Top End (aka) Darwin can rightly claim to be a magical spot. But what makes it so special, so unique? Peter Kafkas has only spent 32 years in Darwin so he’s come up with some reasons he reckons every Darwinian should feel incredibly proud to call the city home and why you should be moving to Darwin. 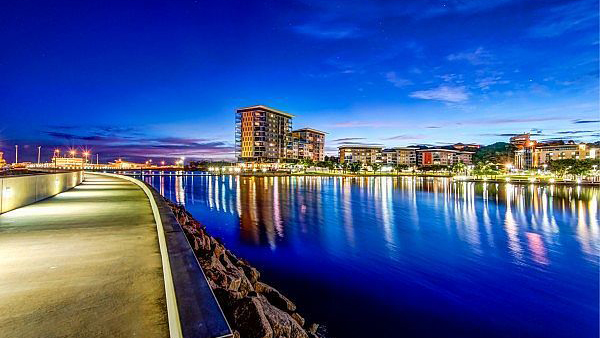 Darwin and its suburbs spread in an approximately triangular shape, with the older south-western suburbs—and the city itself—forming one corner, the newer northern suburbs in another, and the eastern suburbs, progressing towards Palmerston, forming the third.

The older part of Darwin is separated from the newer northern suburbs by Darwin International Airport and Royal Australian Air Force Base. Palmerston is a satellite city 20 km (12 mi) south of Darwin that was established in the 1980s and is one of the fastest growing municipalities in Australia. The rural areas of Darwin including Howard Springs, Humpty Doo and Berry Springs are generally experiencing strong growth. Darwin’s central business district is bounded by Daly Street in the north-west, McMinn Street in the north-east, Mitchell Street on the south-west and Bennett Street on the south-east. The CBD has been the focus of a number of major projects, including the billion dollar redevelopment of the Stokes Hill wharf waterfront area including a convention centre with seating for 1500 people and approximately 4,000 square metres (43,000 sq ft) of exhibition space. The development will also include hotels, residential apartments and public space. The city’s main industrial areas are along the Stuart Highway going towards Palmerston, centred on Winnellie. The largest shopping precinct in the area is Casuarina Square. The most expensive residential areas stand along the coast in suburbs such as Larrakeyah and Brinkin, despite the slight risk these low-lying regions face during cyclones and higher tides. The inner northern suburbs of Millner and Coconut Grove and the eastern suburb of Karama are home to lower-income households, although low-income Territory Housing units are scattered throughout the metropolitan area. The suburb of Lyon was an addition to the Northern Suburbs. Development and constructor took place in 2009 and 2010 and became home for a number of affluent Darwin residents and local/recently posted military families above the rank of Sergeant or Flying Officer. Still Not Sure About Moving?

The Northern Territory’s vibrant economic growth and a raft of multi-million and multi-billion dollar developments position the region as one of Australia’s fastest-growing, with a prosperous future. Thousands of jobs are expected to come online for professionals and skilled tradespeople along with new opportunities for business entrepreneurs.